I like to have a good variety on this blind spot series. After all only watching prestige films would get boring. It is for that reason I decided to pick 1988’s romantic comedy-drama Mystic Pizza for my June blind spot selection. It’s a classic of the genre perhaps best remembered for introducing us all to Julia Roberts but for some reason I had never seen it until today.

I’m also really excited about the new musical version of the film just introduced last year at the Ogunquit Playhouse. I wonder if it will end up on Broadway eventually?

As for the movie I enjoyed the friendship between the 3 young women (Roberts, Lili Taylor, Annabeth Gish) working at Mystic Pizza (where the pizza has a magic combination of ingredients only known by owner Leona played by Conchata Ferrell). Each of the girls has different dreams with Kat (Gish) being the boldest wanting to get out of town and become an astrophysicist.

Where the movie was less interesting was in the various romances. They were all fine but very generic and I would have preferred it just be a movie about 3 friends. Jojo (Taylor) is struggling to commit with her fiancé Bill (Vincent D’Onofrio). Kat is falling for her married employer Tim (William Moses) and Daisy (Kat’s sister) is seeing rich kid with a Porsche Charles (Adam Storke). 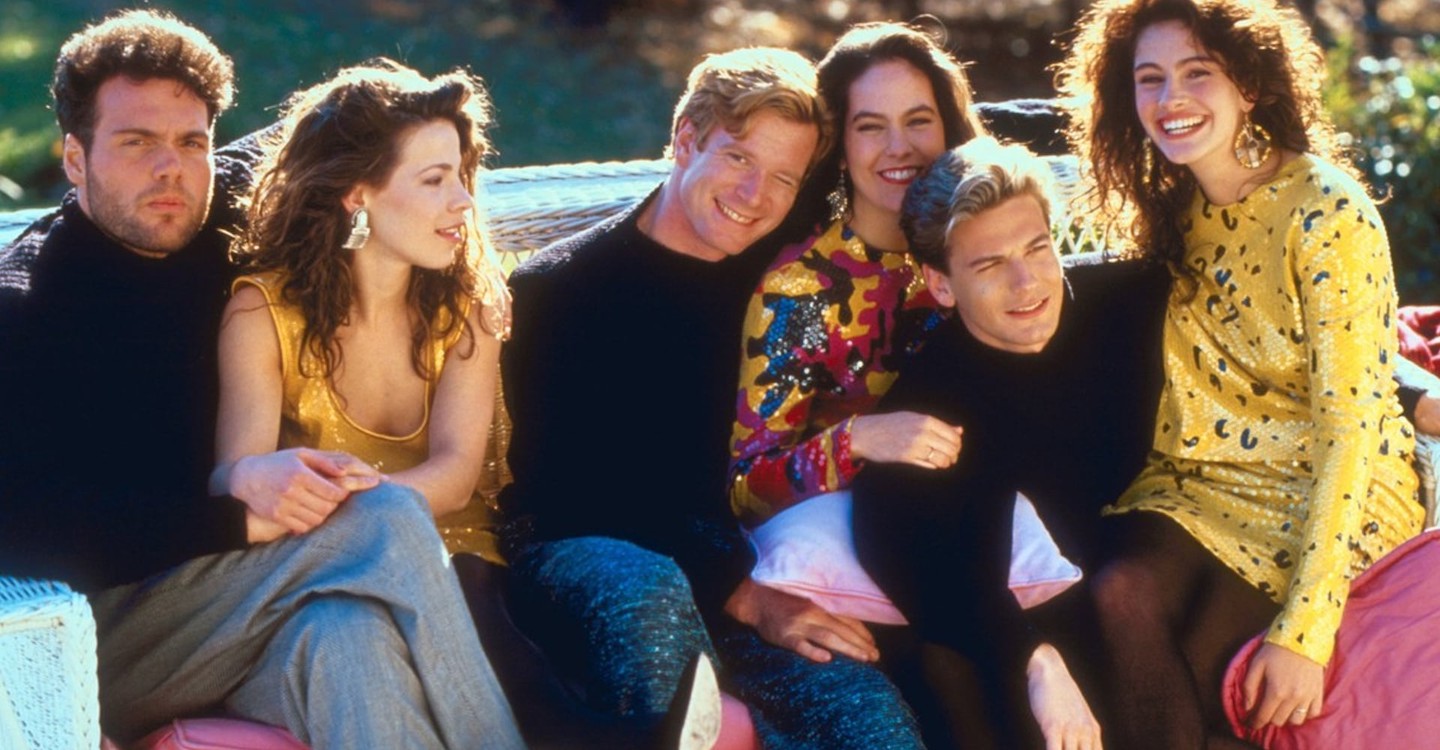 One odd aspect of the film I found distracting is Bill and Charles looked a lot alike to the point where I thought Jojo and Kat were dating the same person early on in the script. They even dressed the same with similar beige colored coats.

There is also a subplot with the pizza parlor struggling and a food critic coming to judge the pizza that was cute. All the women have nice chemistry and there are nice performances particularly from Gish.

In the end, Mystic Pizza is a pleasant watch, but I enjoyed it more when it was focused on the girls and less on the romance. I think it has the ingredients to make a good musical so it will be interesting to see where that goes.

What do you think of this film? Is it one you have nostalgia for? Would love to hear in the comments section

If you enjoy what I do please consider supporting at patreon where you can get tons of fun perks. https://www.patreon.com/hallmarkies